The first post in english. So please don't be to critically with me about grammar, wording and orthography. As we have many followers from all over the world in-between we decided to change languages. Hope that's ok for you all!

So the bikes finally arrived in Vancouver last week. And after loads of mails and paperwork we managed it to clear customs for them. Wouldn't worked without the help from Gabryelle from Astra International. You did so well my dear, thank you so much.

The further plan is to get the bikes serviced and repaired, see what Craig from Maple Ridge Motorsports can do for them and in June/July we are hopefully on the road again.

At the moment, we are about to decide, which way we go. See Inuvik and get the bikes shipped back from Anchorage to Vancouver again or do a roundtrip through Canada and Alaska...

But one thing is sure, we have to see the bus where Christopher McCandless spent his last weeks. A great movie to see! Into the wild! And what a character!

So stay tuned for further information... 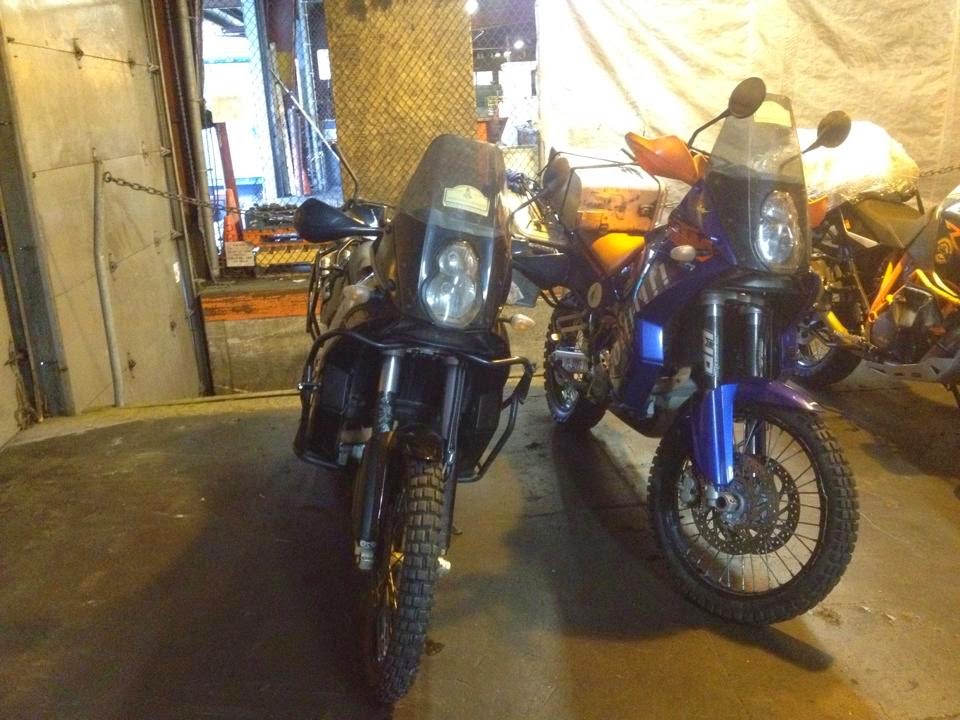 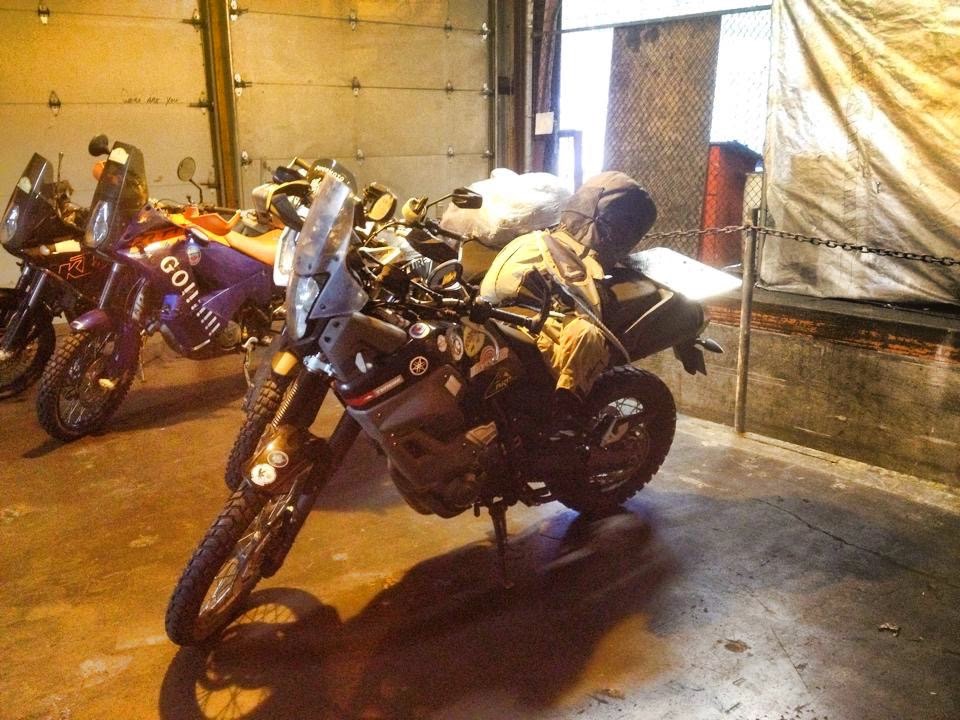 goodbye to a stunning country

Yes I know, it took a long time for the next post but first we haven't had internet access and yesterday we ...hmmm... had a little vodka problem.

But now...live and direct the new blogpost from Chita, east Siberia.

The trip to the Russian border was not very spectacular. But there we had to wait 6 hours because of the Russians checking each of the cars in the very detail. With us they have been quite relaxed and after a quite vast but normal paperwar (does that word exist in english?) we entered Russia again.

What made us a bit nervous was the fact, that even the Russian customs officer shook his head in disbelief when he heard destination Magadan. But it would happen a couple of times on the way.

After the border, target for that day was Ulan Ude where we had been 2 years ago.

It was cold and raining all the way up. But at least the road was pretty good. In Ulan Ude we met Ilja, a tour guide from Moscow. A really nice guy, we had a great evening with.

Take a look at the holes in the road...you can hide a whole bike in!

Comparing to 2013 the restoration of the bikes went pretty well, mainly because we were able to smuggle the batteries through customs.

Just one day and the KTMs were running and got new tyres. Today we just sorted out our luggage and tools and the rest of the day we enjoyed the sun and talks to other travellers.

All the things that constitute such a trip.

Ok ok, no adventure yet but pure fun.

We also met Christa, a Swiss girl doing the trip solo. And she is also a great photographer.

Nothing too exciting, I know but tomorrow is take off.

First step to warm up to the Russian border.

From there the plan is to reach Magadan via Chita, Yakutsk and the legendary Road of Bones. This will be the last stop on the asian continent.

Like every year we'll have loads of dirt, broken bikes and meetings with interesting an extraordinary people.

You'll find the travelblog on www.aussenrum.net and we thank all in advance who are kind to read it