goodbye to a stunning country

Yes I know, it took a long time for the next post but first we haven't had internet access and yesterday we ...hmmm... had a little vodka problem.

But now...live and direct the new blogpost from Chita, east Siberia.

The trip to the Russian border was not very spectacular. But there we had to wait 6 hours because of the Russians checking each of the cars in the very detail. With us they have been quite relaxed and after a quite vast but normal paperwar (does that word exist in english?) we entered Russia again.

What made us a bit nervous was the fact, that even the Russian customs officer shook his head in disbelief when he heard destination Magadan. But it would happen a couple of times on the way.

After the border, target for that day was Ulan Ude where we had been 2 years ago.

It was cold and raining all the way up. But at least the road was pretty good. In Ulan Ude we met Ilja, a tour guide from Moscow. A really nice guy, we had a great evening with.

Take a look at the holes in the road...you can hide a whole bike in! 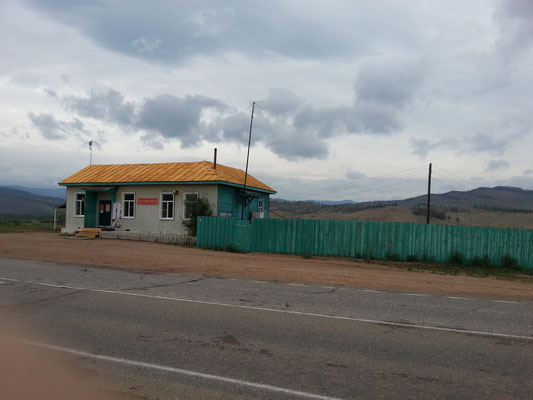 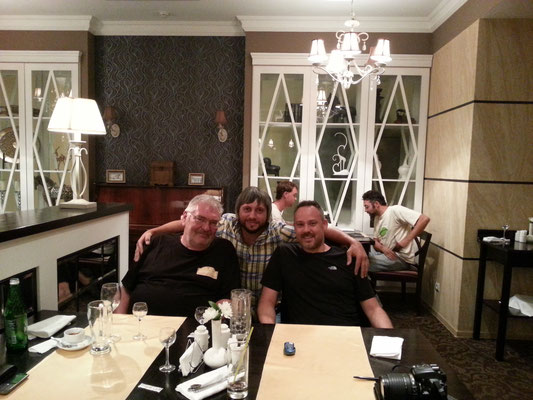 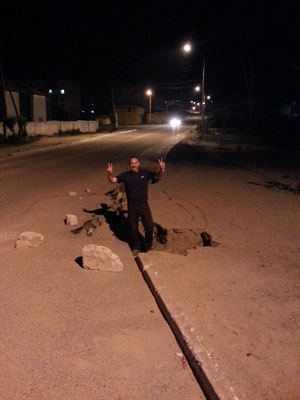 The following day we had to cover the distance to Chita to keep our plan with Magadan. 700kms, 80 of it on gravel roads. And we had the first incident. My bike just went off. All systems down. But just a loose battery cable. A quick fix and I could ride on. 9.30 p.m. we arrived in Chita. Lost another our because of the time lag. There it was really hard to find a hotel because of Medwedew visiting the city. Half of the city was closed, but after a few discussions the police escorted us to a hotel.

There we met Katharina, a Russian stewardess and again had a really funny evening.

Today we will go on direction Yakutsk. See where we can find a place where we can stay on the road because Lonely Planet ended right now. 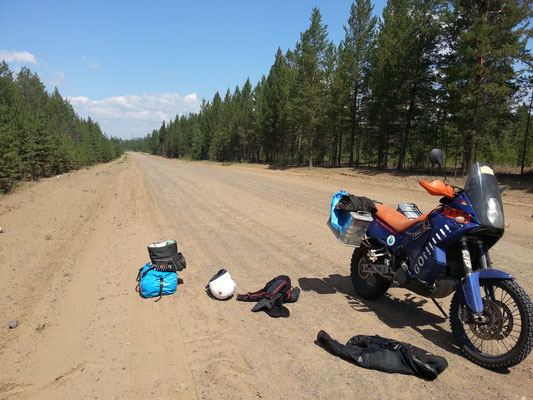 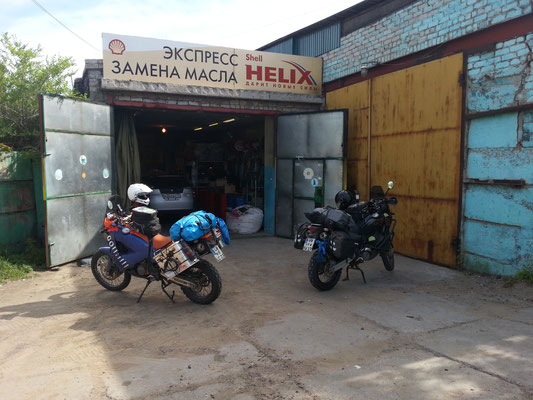 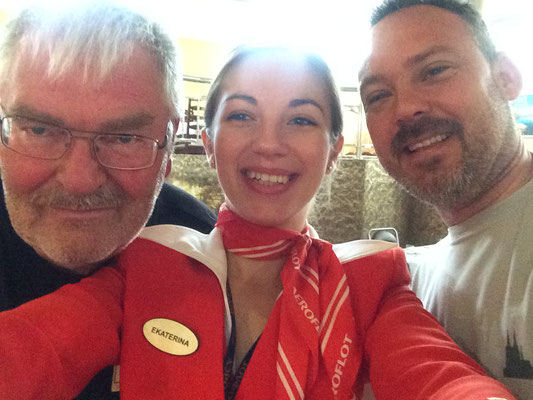 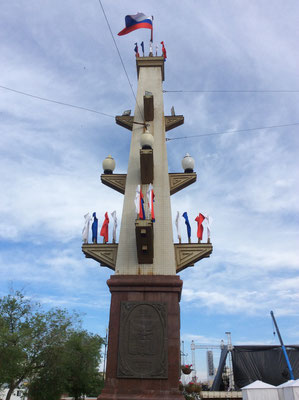 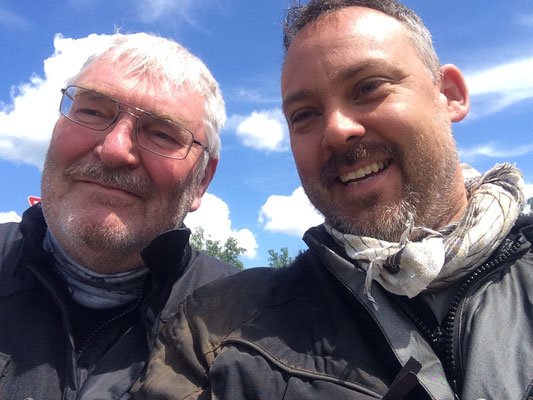 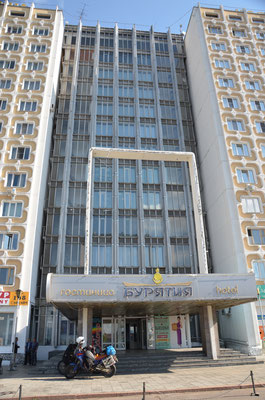 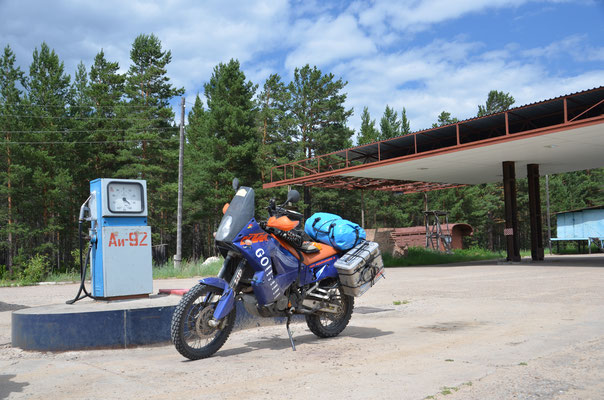 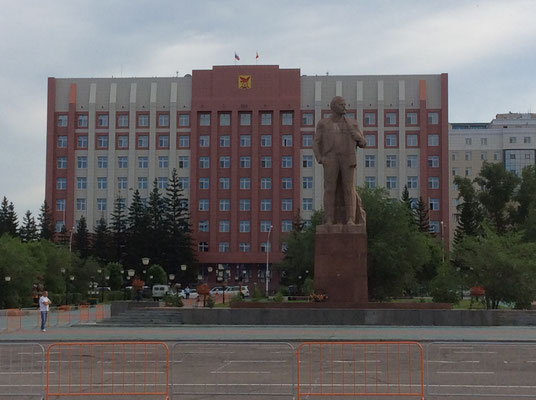